This is a bonus lesson that will expand your knowledge about artificial intelligence (AI) and how it works. It will not be a scored part of your submission but if you decide to use AI in your app, make sure to check out this lesson along with the other AI lesson in Week 8: AI and Your App.

Putting It All Together 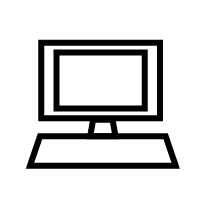 AI Tools for You

The world is changing rapidly! Artificial intelligence or AI is becoming a bigger and bigger part of the world we live in. Did you know AI made these things possible?

(and there's new cancer screening with AI being developed!)

Solving all sorts of problems
Then there’s the AI in your everyday life. Can you think of a few examples, especially those present in mobile apps? Expand

For AI to work, it needs a LOT of data to learn from. Technological advancements have allowed more information to be gathered faster than ever before. That’s one thing that makes AI possible now!

Think about yourself as a human. What sort of predictions do people make? What inputs and patterns do you consider when making these predictions?

Data can come in different forms. In these lessons, we’ll be using sounds, numbers, text, or pictures.

In your household, what sorts of data do you create every day via technology? Expand

Did you think of any of these?

Zooming back out, let’s look at an example with Google Maps. How does Google Maps use AI to give you directions to where you want to go? Google Maps takes in the following inputs to make a prediction: BUT does AI stop at just making a prediction? The action/decision Google Maps takes: Shows you the best route.

AI models are programmed algorithms that are trained on data that replicate human decision making. AI models need a lot of data to make good and accurate predictions. Here, we’ll look at some different ways to collect good data for your invention.

But… what is “good” data? Consider the following:

There are three popular ways to collect data (data such as images, numbers, sounds, or text) for training and using in their AI models. Here they are and a reason why you might want to follow a certain method:

1. Collect their own training data from their community

You can gather a lot of data you need from your community from a variety of situations, and you can get permission to use it.

Devices that are able to collect data on its own. You'll learn more about mobile sensors in Coding Lesson 11.

Tip: You’ll probably still additionally need training data from one of the other methods. 3. Use data from public datasets for training data*

You need more data than you can gather in your community, or you’re working on a solution for a problem that is more global. *Small warning: Lots of free public datasets exist. You can see if you can use one! But sometimes these datasets require a lot of work to even decide if/what you can use. Some people have created whole jobs of making public datasets into good resources and then selling them.

We’ve gathered some free public datasets for you to explore in the Additional Resources section.

Activity: Putting It All Together

Write down some of the apps that you and people you know use that utilize AI. Try to identify at least 3 different examples. Then consider the following: What sort of data does the app collect? How does it collect data? What prediction is it making? What action or decision does the app take after making its prediction?

You’ve brainstormed about apps on your own, now let’s try out some examples of AI in action.

Explore some of the following websites and get a taste of what AI can do. As you explore, think about further applications of the technology you see. Could you take the concept in front of you and apply it in a different context? What sort of data would be necessary to make these applications work?

Imagine you’re traveling and visiting another city. Many of us would think of what that place would look like, but have you ever thought about what it would sound like? This AI model does just that. Based on an image, the AI generates what it believes you would hear if you were actually there.

How many times have you had this clear image in your head and when you tried to draw it, it didn’t come out like you had in mind? This AI takes your doodling and predicts what it is you’re trying to draw.

This one gives a glimpse of how an AI “thinks” by taking two art pieces and showing us a bridge of similar artworks that connects the two together.

Want to explore some more?

Did any of these inspire you? AI is capable of many things and has huge potential. It’s already making a very big impact in our day-to-day relationship with technology. We’ve only just scratched the surface but hopefully you’re encouraged to do some digging on your own!

As you go through the Technovation Girls curriculum, keep this lesson in the back of your mind. While it won’t be a required part of your submission, for some problems or solutions it might make sense to incorporate AI into your app. We’ll be exploring more on how to integrate AI in your app in Artificial Intelligence 2: AI and your App.

Additional Resources: AI Tools for You

Build your own AI Models

Here are some of the platforms we use to explore AI:

Here are some places to start to begin exploring datasets out there.

Technovation created a video series that challenges you to expand your mind and tackle new problems. A lot of these concepts apply directly to creating your app and using AI!